Ah vacation. Two weeks of vacation and two weeks of elective. One whole month of remembering myself. People have been asking whether I went away for vacation and I say: Why would I? What could be more exotic than actually spending time every day with my own spouse? The calm quotidian is my tropical island. I have been reading E a couple of books before school in the morning. I have been cooking and doing a better-than-usual job of trying to clean. I sleep in my own bed every night. I wake up after the sun. I can participate in things like day care pick-up and happy hour. A couple of times, I had half a beer with dinner. To quote Natalie Merchant for probably the first and last time: These are the days, the days you will remember (unless, of course, residency and parenthood has destroyed both your short- and long-term memory, but that’s a whole other thing). I’m in love with my own life again.

Not to mention that Spring finally arrived. It’s just as good and even better than I remembered. Every afternoon now, E and I walk around the neighborhood, soaking the sun into our pale skin, delighting in the tiniest little flowers and stray stones. There is a small hilly yard outside of an apartment building a few blocks over that is covered with well-maintained grass and E plays on it like it’s several acres of wild field. Hey E, I say. Wanna walk over to the grassy knoll? And she always does. Only spring could make a destination of this humble little square of green.

Vacation has allowed me to realize that raising a child and maintaining a household, a marriage, friendships, and one’s place in a community takes a lot of time. These tasks, these labors of love and fellowship and participation, used to constitute an adult person’s entire job in each household. Expecting people to do these things in the small cracks of time between work and work is asking too much. For the past 22 months C and I have been trying to do all these things in addition to each working double full time and parenting and it’s just not possible. Over the past three weeks, I managed to finally purchase an appropriate dining room table, to finally buy new shoes for E several months overdue, to finally RSVP to upcoming weddings and a baby shower, to host several dinners, to volunteer at E’s school, to open the last four months of mail. Every day, every week, every month I live with guilt and shame and panic at the things that are undone. There’s so much toxic negative self-talk in my head that sometimes I can’t hear what other people around me are saying. It’s time to acknowledge reality: Our household doesn’t have a full-time manager. We have two people doing the best they can. And looking ahead into the future, I want there to be dedicated time in my schedule for these things. These things are as important to me and, in the case of raising E, more important to me than work.

As I write this, it feels like a transgressive sentiment. More important than work? I hope that no one who might employ me in the future reads this! I think to myself. But then I think: in what world would people be expected to prioritize work above their children? And then I remember: our world. And more specifically: America.

I am reading an interesting book by journalist Brigid Schulte called “Overwhelmed: Work, Love, and Play When No One Has the Time” (highly recommended! Buy it here from Ann Patchett’s independent bookstore). The book is full of interesting information about the history of our relationship to work, the frazzled state of American working mothers, and many statistics that illustrate just how work-obsessed Americans are when compared to other industrialized countries. But the thing that has been catching in my throat is the chapter titled “The Ideal Worker Is Not Your Mother.” In this chapter, Schulte describes the ideal worker thusly:

“The ideal worker, freed from all home duties, devotes himself completely to the workplace. He is a face-time warrior, the first one in in the morning and the last to leave at night. He is rarely sick. Never takes a vacation, or brings work along if he does…. So tied to his job is the ideal worker that he works endless hours, even if it costs him his health and his family.”

She then goes on to describe study after study showing that Americans perceive mothers to be less committed, less competent, less worthy of promotion, and deserving of less compensation than women without children or, of course, men. She describes several case studies of mothers and fathers who were striving to be ideal workers, who were embodying the ideal in every way possible, who were nonetheless passed over for promotion because they were perceived to be less committed. (Not to mention the women who were instructed to have abortions by their employers. Yes, this does happen.) She also reports the high cost of the ideal worker model in lost productivity due to burnout and chronic workplace dissatisfaction. I don’t know how these statistics are derived, but apparently it is costing us 1.5 trillion dollars a year.  So I guess we should be calling it the not-so-ideal worker.

Much has been made lately of whether women are leaning in or opting out and why. Are women who opt out weak? Afraid of challenge? Falling back on tired gender paradigms? What I suspect is that many women who opt out are quietly rejecting the ideal worker paradigm because it contradicts their values. They do not want to leave sick elders and children with other caregivers, no matter how competent. They do not want to miss school recital after family wedding after anniversary. They do not want to lose touch with their spouses. So maybe instead of gritting our teeth and leaning in, we should be working to retire the not-so-ideal worker and replace him with a worker who is healthy and productive across all of life’s domains. A worker who is allowed to admit, for goddess’s sake, that their children are the most important thing. A worker who can choose to be present for their dying parent without fear of losing their job. A worker who can take time every year to rest and renew their energy. The good news is: a lot of other countries are doing it. It is possible. In fact, a more proportional and reasonable relationship to work was the norm for centuries:

“In the Middle Ages, though peasants and serfs worked in the fields from sunup to sundown, they broke for breakfast, lunch, afternoon nap, dinner, and midmorning and midafternoon breathers. Church holidays, Sabbath days, saints’ days, official rest days, public feasts and festivals, and weeklong “ales” to celebrate major milestones like births, marriages, and deaths took up about one-third of the year in England. In Spain and France, Schor estimates that even the hardest workers had nearly half the year off.”

Smoke on your pipe and put that in!

In the midst of this feast time of ecstatic normalcy we hosted Passover seder for the first time. Here I must pause and acknowledge my mother, who hosted a beautiful and delicious seder for 15+ people every year. Making Passover seder is hard! When it comes to life, I stand on the shoulders of giants! But I digress…. Now that E understands what we are saying but doesn’t really understand much context, I didn’t have much appetite to go through the ten plagues. Killing of the first-born? I think not. In fact, a lot of the passover story is not really rated G. Instead, I opted to talk more generally about justice and freedom, and then about spring and fertility and the renewal of life.

Jews are commanded that in every generation they are obligated to see themselves as having personally come out of Egypt. So I got to thinking about the difference between slavery and freedom, what slavery might feel like, what newfound freedom might feel like. As Americans in 2014 we are all of us freer than most of the rest of humanity past and present. But still, in every life there is an echo of slavery and the possibility of greater freedom. Freedom from addiction, from fear, from shame. Freedom to be more self-actualized. These days we are more than likely our own slave-masters. I asked the people gathered around our seder table to focus on their own experience of moving toward freedom. And the first thought that came to my mind was:

I want to be free to rest.

It’s not a lofty goal. It’s a first-world problem. It’s nothing to be all that proud of. But that’s the exodus for me this year. From restlessness to rest. From the not-so-ideal-worker to something else that we will all have to create together. 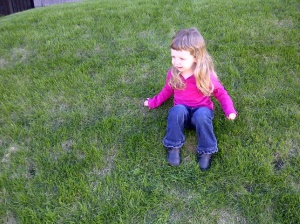 13 thoughts on “The overwhelm, the not-so-ideal worker, and the exodus”

I am a woman with many jobs: mother, partner, daughter, pediatrician, writer, friend, financial disaster management specialist (graduate school loans x2 over here) -- the list is long. I'm trying to do a good job at all these jobs. As a result, life is equal parts love story, learning curve, and that scene from the Cat in the Hat just before everything comes crashing down. Which is to say: messy. Which is to say: fun. Along the way I am trying to keep up with some other loves: traveling, poems, art, real estate and interior design (lord, let heaven be just like dwell magazine), self-improvement strategies (let my tombstone read: "She did the best she could"), and the life of the mind (mine and other people's). Most days, I feel so lucky all I can do is grin and worry that something bad will happen. The other days, I wonder: Why don't babies come with maids? I'm glad to be here and I hope you are too!